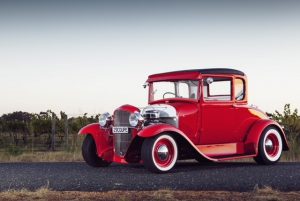 This period saw the emergence of many new cars being built as parts became easier to obtain. The development during this time was split between the ease of dealing with the authority’s attitude towards registration. The availability to obtain reproduction parts and people who could help with building your car.

Many cars were commenced and were able to be licensed. This continued until the early 1970’s and it became virtually impossible to obtain registration. There were several years during which building continued with the hope that the Authority’s would change their decision.

Finally, an agreement was reached in 1975 which gave us the start of legal rodding in W.A. This agreement lasted for over 40 years, not without problems with the Authorities. There have been several stoppages of licences or due to building problems. However, by negotiation by our T.A.C. members they have been able to resolve the problem.